The Engine Master’s Challenge held its first event in 2002. The event, originally hosted by Popular Hot Rodding, and now hosted by Hot Rod Network, has been going strong to this day. The idea behind the first competition was to bring amateur and professional engine-builders together under one roof and see who could produce the most powerful, street-worthy engine. The competitors were given about ten months to complete their work, and when the time came, they all met in California for the big showdown. 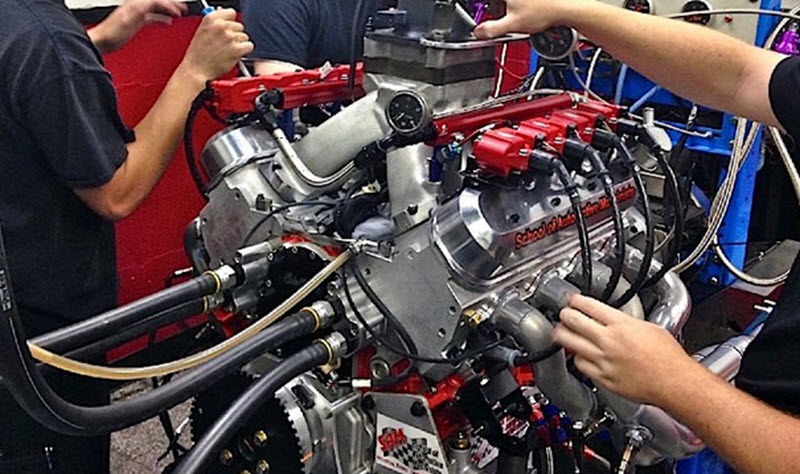 The Engine Master’s Challenge is not only a competition to see who can build the most powerful engine, but one that sees who can build the engine that puts out the highest average power levels over the course of an extended period of time. That, along with the regulations put into place to mimic common street conditions, means that the engine-builders have to take a lot more into consideration than they would if they were going only for a peak power output.

Over the past nine years the event has seen a few changes. It is now called the Amsoil Engine Masters Challenge, and the 2016 event will be held at the University of Northwestern Ohio’s Applied Technologies College. The competition will be held during the first week of October and will last for five days. To keep things fair each day is dedicated to a different engine class.

The competition features five different engine classes. Each year there is a different list of classes and they are announced before the contestant applications go out. For the upcoming Engine Masters Challenge event, the five engine classes will be: Small-Block Shootout; Spec Big-Block; Coyote Shootout; Vintage; and Nitrous Power Adder. Each of these classes comes with its own guidelines and restrictions, and they also require competitors to highlight engines that are usable on the street.

The first two classes are very similar. The Small-Block Shootout and Spec Big-Block were at one time part of the same class. Now, however, they have been separated by power spec limitations and certain parameters have been set for each to keep things fair. For the Small-Block engines, there are no power adders such as nitrous allowed, and the minimum displacement allowed for the motors is 350ci. For the Spec Big-Block class, maximum displacement is limited to 470ci and there are no OEM parts such as exhaust headers allowed. The third class, Coyote Showdown, features 5.0L Coyote engines that are kept at their stock specs. OEM parts are added freely, so this is a great class for the more imaginative builders. The Vintage class is exactly what it sounds like and is very popular. On day four of the competition viewers get to see the engines that powered all of the old classics. For the big finish, the power adder class is held on day five. In this class, competitors go for peak power.

For motor enthusiasts and mechanics aspiring to get into the racing arena, the Amsoil Engine Masters Challenge is a good way to see what is available in the field. It serves as a showcase for all of the current technologies in the industry and also provides the companies and sponsors a chance to network.